THE Shrewsbury 24 celebrated a massive victory today after their convictions for picketing nearly 50 years ago were quashed by the Court of Appeal.

The court found that police destruction of original witness statements made the verdicts, which sent six trade unionists to prison, unsafe.

Workers who took industrial action during the 1972 national builders’ strike for better wages and health and safety were charged with offences including unlawful assembly, conspiracy to intimidate and affray for picketing.

At the time many workers were injured or killed on unsafe sites.

Lawyers representing 14 of the Shrewsbury 24 challenged their convictions at the Court of Appeal last month.

Six of the 14, including Des Warren, who was jailed for three years, have since died and their appeals were continued by their relatives.

Today, the Court of Appeal overturned the convictions of all 14 on the grounds that original witness statements had been destroyed.

Announcing the verdict at the Royal Courts of Justice in London, Lord Justice Fulford said: “By the standards of today, what occurred was unfair to the extent that the verdicts cannot be upheld.”

In a statement after the ruling, actor Ricky Tomlinson, who was sentenced to two years’ imprisonment, said: “Whilst it is only right that these convictions are overturned, it is a sorry day for British justice.

“The reality is we should never have been standing in the dock. We were brought to trial at the apparent behest of the building-industry bosses, the Conservative government, and ably supported by the secret state.

“This was a political trial not just of me and the Shrewsbury pickets but was a trial of the trade union movement.”

Shrewsbury 24 campaign member Terry Renshaw, who received a suspended sentence, said: “We never thought that we would see this day, when this miscarriage of justice was overturned.

“The Court of Appeal has acknowledged that we did not receive a fair trial. The police and the prosecuting authorities used every trick in the book to secure guilty verdicts, even if it meant trampling over our rights and manipulating the evidence.”

He paid tribute to the Shrewsbury 24 campaign and its researcher Eileen Turnbull who discovered the police destruction of witness statements.

Campaign chair Harry Chadwick spoke of the solidarity it had received over the decades, saying: “We could not have done it without the support of the TUC, the trade union and labour movement.”

Arthur Murray, who was sentenced to six months, said: “This was a major miscarriage of justice and victimisation of not only innocent workers but an attack on the working class and the trade union movement.

“Serious questions need to be asked about the role of the building industry bosses in our convictions and the highest offices of government.

“Make no mistake, our convictions were a political witch-hunt.”

Lawyer Paul Heron of the Public Interest Law Centre, representing Mr Tomlinson and Mr Murray, said many of the strikers were blacklisted by the building industry, could not find work and, as a result, suffered more punishment.

He called for a public inquiry into the blacklisting and the role of the industry bosses and the secret state.

Shaun Walton, 52, is the son of Norman Walton, who was one of two jurors who stormed out in the 1974 trial in protest at Mr Tomlinson's guilty verdict. 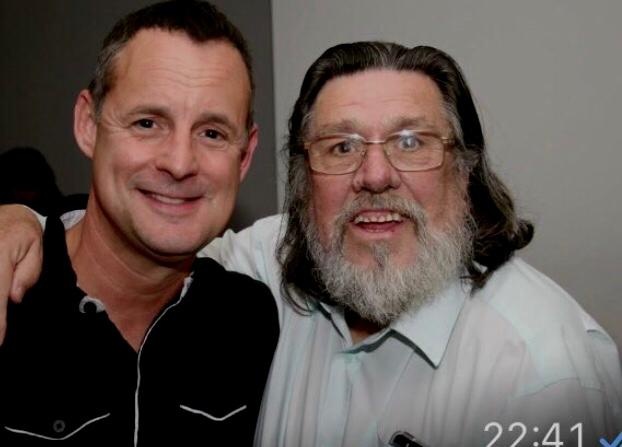 “They ain't guilty no more are they,” he told the Star. “This is brilliant, my father would be elated if he was with us today.

“My father said they couldn't get the unanimous verdict they needed because other jurors changed their mind at the last minute. That's why he stormed out.

“It was very brave what he did and I'm very proud of him. He would be a happy man today.

“I'm so pleased for all the pickets. Nearly 50 years to go on that long, it's been a very emotional journey.”

Unite general secretary Len McCluskey hailed the decision as “a landmark day in trade union history” but added that “these innocent workers should never have been put in this miserable position by the forces of the British state.”

He said: “We salute the heroic men and their families and their enormous courage in taking on the apparatus of the state in order to clear their names. History will rightly record their heroism.”

TUC general secretary Frances O’Grady said: “This is a victory for truth and against the state interfering in legitimate trade union activity.

“The Shrewsbury pickets have shown immense courage to keep fighting for this long-overdue day of justice.

“Our celebrations will be tinged with sadness for those who didn’t live to see their names cleared.”

TSSA general secretary Manuel Cortes said: “The arrest, conviction and imprisonment of these men was not only a grave miscarriage of justice but a direct attack on our trade unions and the legal right to strike and support strike action.

“No doubt there are still questions to be answered about how this case was handled by the prosecuting authorities, police and government at the time.

“Our union will continue to stand with these men and their families until they are satisfied they have all the answers they need.”

“The only conspiracy was that of the Tory government, together with the companies, the police, and the legal system, to stop working men lawfully withdrawing their labour,” while RMT general secretary Mick Cash said: “The victory today is a victory for their guts and determination and will resonate throughout the labour and trade union movement.”

GMB acting general secretary Warren Kenny said: “We pay tribute to those who were wrongly convicted and to the campaigners who have worked tirelessly to throw light on the collusion between the building industry and police.”