Middlesbrough-born James Cook set sail 250 years ago on one of history’s iconic imperialist journeys, a voyage which extended scientific, geographical and cultural knowledge of other peoples.

It also facilitated the violent economic exploitation of the globe, the political domination of those people and massive cultural theft and appropriation by Britain’s ruling class.

Working men and women  in Middlesbrough, which has the most ethnically diverse population in the north east, never benefited very much from Britain’s imperialist project. It is now one of the most economically and socially deprived places in the region.

In this environment of deindustrialisation, poverty and dispossession, the Teesside International Poetry Festival which ran in venues across Middlesbrough, showcased a phenomenal variety of examples of artistic, social and political engagement from countries around the world as well as from communities in the north east.

The sheer internationalism of the event was astounding. Poets came to read and perform their poetry from Iraq, Finland, Iceland, Nigeria, Botswana, Poland, Russia, India and elsewhere. 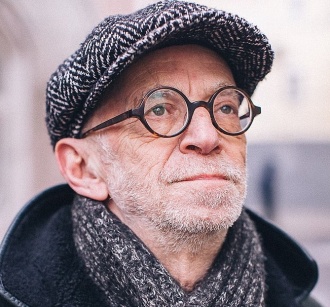 And the variety of work on offer was equally astonishing, from the Russian conceptual poetry of Lev Rubinstein (pictured), with its roots in the wonderful flowering of conceptual arts in the revolutionary Soviet Union of the 1920s, to Peter Adegbie’s and Eric Motswasale’s gloriously entertaining praise-poetry from Nigeria and Botswana, interrogating the rapacious and ongoing effects of European colonialism on language and people.

Over the course of four days the festival shaped itself into a living collage of poetics, gradually building a conversational echo chamber of voices and languages that was stimulating and energising.

Diversity was expressed and celebrated through the wide range of events, including readings, cabarets, book launches and workshops. There was the launch of a book of poems by Teesside primary schoolchildren, an Urdu-Punjabi mushaira, poetic gathering,  and poetry workshops in local colleges.

What binds this eclectic and multicultural festival together is its gentle, insistent and necessarily subversive internationalism, its celebration of poetry as a tool of resistance, protest and imagining alternatives to the violent night of imperialism, chauvinism and political and cultural oppression.

It's a suggestive but quietly powerful demonstration of poetry as a fundamentally social art, which makes common cause between communities worldwide and enables a collective imagining of a better world.

A longer version of this review appears in Culture Matters, culturematters.org.uk