Ian Gibson, who will be fondly remembered
× 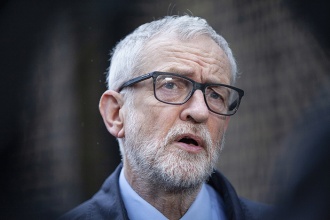 IAN GIBSON was a rare breed if ever there was one.

First elected to Parliament in 1997, a staunch committed lifelong socialist who opposed the free-market inclinations of New Labour and remained firmly on the left of the party all his life.

A scientist with a very distinguished academic career before becoming an MP, he brought socialism to scientific discussion and debate, to brilliant effect.

After leaving Parliament in 2009 he stayed in Norwich and spent the rest of his life, the last 12 years, campaigning against NHS cuts, local authority cuts and in support of the jobless and poor.

I got to know Ian well in Parliament and enjoyed his devastating wit and knowledge, and also his preparedness to speak out when others wouldn’t.

He even suffered a stroke while on a visit to Palestine in 2004 in the immediate aftermath of the Iraq invasions, which he strongly opposed.

He used to wryly say that (New) Labour never expected to win Norwich North, so that allowed him to be the candidate in 1997 (he had been the unsuccessful Labour candidate in 1992).

As a former member of the SWP and with a lifetime of left-wing causes under his belt, he was not the candidate fit of the then leadership.

“I slipped the net,” he would laughingly say.

There were many issues he was very active in and many that made him very angry.

The introduction of tuition fees was, for him, totally wrong as he believed in the right of access to education for all.

He resigned from Parliament in 2009 amid allegations over a flat he had in London.

The inquiry by the Labour Party was brief and cursory, and many of us believed it was totally unfair on him.

We tried to persuade him not to resign. He went ahead as he couldn’t stand the way his family were being persecuted by the media and felt he had to do what he could to protect them.

To show our respect for him we held a reception in his honour in a pub in Whitehall.

He never did anything for personal gain. On leaving Parliament he threw himself into all the causes he had supported as an MP.

I met him many times in Norwich and he was a guaranteed fixture at any labour movement event in East Anglia.

He was always happy at Burston School strike memorial event every September. It was a pleasure to have his support in the 2017 and 2019 election campaigns.

All the comments in the Norwich and East Anglian media over the last few days have been very loving and generous about Ian.

The most telling are from the grassroots campaigners and people who really want to change society. Ian, a true socialist, spent his whole life in that quest.

Losing a comrade is always sad. Ian was a real comrade all his life. 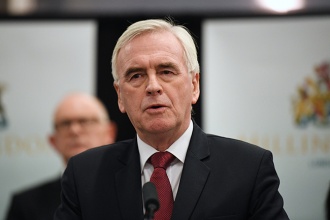 IAN GIBSON was an inspiring socialist, who never shied away from a fight for justice and equality.

As a trained scientist he brought his brilliant mind to bear into politics and parliamentary debates.

Consequently, he took a leading role in the campaign against the fees and worked tirelessly to defeat this appalling attack on education as a right, taking us within six votes of defeating the tuition fees legislation.

His intellectual depth and thoroughness meant that I can’t remember Ian ever losing a debate and with his dry sense of humour he could puncture the pomposity of any bloated Tory.

I always felt that with his depth of experience, knowledge and ability, Ian would have made the best secretary of state for education the Labour Party had ever had.

It was a privilege to have worked alongside this true comrade.

IAN GIBSON was more of a giant than even his frame suggested.

From his grasp of science (and international standing in relation to cancer research), to his steadfast opposition to the Iraq war, to his remorseless campaigning on health issues, Ian stood head and shoulders above most other Labour MPs.

His irreverent humour and generosity added kindness to this integrity.

Of the legion of anecdotes to share about Ian I just want to mention two.

Ian Gibson was stitched up by a stupid and vengeful Labour leadership.

He should never have had the Labour whip removed over the MPs’ expenses scandal.

I was part of Ian’s team going through the charges against him. They revolved around him refusing to make a profit out of selling his London flat to his daughter.

Ian had checked this out with Inland Revenue who effectively said “Do what you like, mate, but we will tax you on the market price you could have received.”

They did, and Ian paid the bill (on money he hadn’t made) himself.

I remember joking with Ian before the hearing that he was the only MP to have actually made a loss on their expenses claims.

But Ian’s hearing was a hanging looking for a trial; an opportunity to discipline the left for its very existence.

Labour’s loss of the seat ever since is an indictment of leadership stupidity rather than a stain on Ian’s integrity.

On a lighter note, I will treasure a host of football memories of the times we shared. Ian was a talented, uncompromising defender who understood how to read a game.

When he ceased playing for the parliamentary football team he took on organising it.

Along with ex-England manager Lawrie McMenemy, they coached our limited squad as best they could.

Key to their messaging was that the back line of defenders needed to see themselves tied together by a long string.

If play drew a defender to one side of the pitch, others in the back line should be drawn across to provide cover.

On one occasion, Lawrie said frustratedly: “I don’t get it. Your lot are socialists. I’d have thought that supporting each other would be second nature.”

Quick as a flash, Ian replied “For Christ’s sake, Lawrie, don’t mention socialism. If they think it’s about socialism they’ll all run off in different directions and we’ll never get them back!”

On all the biggest issues of our time, Ian never did run off in the wrong direction.

He understood the “piece of string” principle. The question now is can we find  a new generation of Ian Gibsons? That’s where Ian’s loss feels greatest. 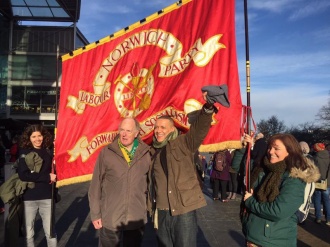 BEFORE I sat down to write this tribute to Ian Gibson, I took the liberty of contacting many of party members and activists across Norwich whom I thought knew him best.

Unsurprisingly, many who sprang to mind were local campaigners for social justice.

The stories and anecdotes they shared confirmed what I’d suspected — that as a politician and as a human being, Ian had that rare quality of authenticity.

Ian first fought for his eventual seat of Norwich North, unsuccessfully, in 1992.

Despite the near miss, Ian wasn’t daunted. As one party activist who campaigned with him said: “Ian always told it like it was. He might have been an academic at UEA but he never lectured voters.

“Instead he connected with them, often by humour but also by engaging with them at the human level.

“He spoke his mind, passionately at times! But people liked that. They respected it — respected the fact he didn’t say what they wanted to hear and it’s why, eventually, they would have no other represent them in Parliament.”

Once in Parliament Ian wasted no time applying the same spirited approach that had earned him the respect of his constituents.

Alas, in the tight “command and control” atmosphere of New Labour, such independent and spirited temperament was always going to have a hard time.

Indeed the “clunking fist” of orthodoxy, when it did strike, was swift and merciless.

Much has been written of those painful events of 2009, so I won’t dwell on them here, other than to say that was not the end of the story.

So much of the Ian I personally knew was from the time after his resignation.

For many, such a bruising and painful episode would be enough to put them off political involvement ever again.

But not Ian. He threw himself into local activist politics, fighting austerity, cuts to disability benefits and championed many other causes, becoming a local figurehead to many of the campaigns that sprang up across the city.

As one activist told me: “Ian’s desire to see change in the world never left him. Nor did the way he put his politics into action.”

My own memories of Ian at this time are of someone who, underneath the jokes and the politics hid a deep sadness.

He knew the national party and leadership had let him down. But I think, deep down, he also felt his own actions had let his local comrades and city down as well.

I’m not sure if he believed this at the end. I really hope he didn’t. Because I believe he will be remembered as someone who spoke for our city, especially those without a voice.

His ability to use his intelligence, independence and insight to take people into his political space and win their respect was a rare quality and one the people of Norwich will not forget in a hurry.

Because that and his cutting wit, which it would be remiss of me not to mention, will be the enduring memory of this formidable socialist.

A man who gave his life to learning and the scientific and political betterment of humankind. One whose personal warmth, wit and passion shined through in all he did.