FULL MARX What is ‘Leninism’?

Lenin’s thinking is based on practical revolutionary action linked to a strong theoretical understanding in the context of specific existing circumstances, explains the MARX MEMORIAL LIBRARY

MOST of the “Full Marx” answers to date have been to do with the significance of Marxism in relation to history, philosophy, economics and the environment.

But often you’ll come across the term “Marxism-Leninism.” What’s that “Leninism” bit about?

But that would be far too simple. Marx and Engels did initiate the theoretical analysis of class society — particularly capitalism — and its dynamics.

But they were also committed to changing the world and were closely engaged with European political movements of their time.

Vladimir Ilyich Lenin, founder of the Russian Communist Party and first head of the Soviet state, also wrote extensively, both before and after the October 2017 Russian Revolution in which he played such a significant part, developing Marx and Engels’s analysis of capitalism, as well as revolutionary theory and practice.

Let’s focus on some of Lenin’s best-known texts. All of these were written in the midst of struggle, and relate to specific conditions of his time and place. 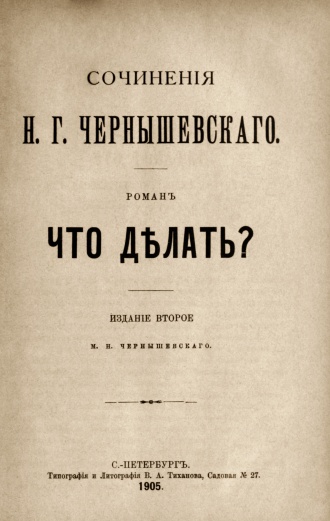 Perhaps the best known — and a text which positioned Lenin as leader of the Bolshevik Revolution — is What is to be Done?

Written in 1902 when left and progressive forces in tsarist Russia were fragmented and demoralised, it focuses on precisely that question, what the next steps should be.

But theory, he declares, is not something abstract. It is developed in the course of struggle, and workers themselves become intellectuals in the process.

Without theory, working-class struggles are limited to attempts to improve their conditions within capitalism; to demands for reform.

Struggle cannot become “class struggle” until it is led by “a strong organisation of revolutionaries.”

Lenin argues for alliances with other anti-tsarist movements including peasant and anarchist organisations.

He anticipates later unifying demands and slogans (Peace, Bread and Land) and the formation of broad representative and responsive organisations (the soviets) which formed the basis for the Bolshevik success in 1917.

But his central argument is that theory and practice are inseparable and that trade union consciousness needs to be developed into a revolutionary understanding in order to achieve socialism.

The theme continues throughout Lenin’s subsequent revolutionary writing and action.

Imperialism, the Highest Stage of Capitalism was written in 1916, in the midst of the first world war — a war between imperialist nations which had already resulted in the death of millions, of combatants and non-combatants alike, but which was supported by significant sections of the left and working-class movements including the “labour aristocracies” which imperial plunder had helped to sustain, on both “sides.”

Parts of it need deciphering, because, writing it in exile, he used a style which he hoped would allow it to evade the censors and be published in Russia, with references to other capitalist nations (such as Japan) in place of Russia.

But the central purpose was to explain the origins of the war, in particular growth of monopolies and conglomerates and their financial backers — finance capital — and the way that imperialism was no longer solely about the import and export of goods (raw materials and manufactures) but about the territorial division of the world by competing capitals with the domination of an increasing number of debtor states (later misleadingly called the “developing world”) by capital’s metropolitan heartlands (today the G8 group of countries).

State and Revolution, finished in August 1917 after Lenin had returned secretly from exile to Russia, and only weeks before the October Revolution, takes the analysis further.

The warring capitalist states differ in character but all have at their heart the exploitation of waged labour at home and the immiseration of subject peoples elsewhere.

Lenin reiterates Marx and Engels’s analysis of the state as, ultimately, an organ of class rule, and emphasises the irreconcilability of class interests.

(Elsewhere he declares: “It is natural for a liberal to speak of ‘democracy’ in general; but a Marxist will never forget to ask: ‘For what class’?”)

Referring to the brutal repression of workers in the Paris Commune of 1871, Lenin anticipates the intensity of impending struggles and challenges those socialists (many of whom meekly supported Russia’s continued engagement in the war) who believed that those whose interests were threatened would meekly accept socialism.

Lenin emphasises the need for determination in implementing Marx’s “dictatorship of the proletariat” during the initial phases of socialism if the ultimate object of the revolution — a classless society characterised by “to each according to their needs” can be achieved.

The intermediate phase, argues Lenin, must be characterised by a genuine, participative, democracy at the level of the workplace and communities, which will replace the need for a coercive state.

Following the revolution and the establishment of Soviet power Lenin’s “Left-Wing” Communism: an Infantile Disorder (1920) also focuses on issues (and individuals) of the day and again emphasises the difference between (short-term) tactics and (long-term) strategy.

Within the new post-war context of “existing socialism” (still threatened by counter-revolution and Allied and Japanese wars of intervention) and the defeat of socialist movements elsewhere, Lenin emphasises the need to work with other progressive forces in a broad progressive anti-capitalist alliance.

The text includes an interesting chapter on “left-wing” communism in Britain. This starts with a discussion of how the “greatest obstacles to the immediate formation of a united Communist Party is presented by the disagreement on the questions of participation in Parliament and on whether the new Communist Party should affiliate to the old, trade-unionist, opportunist and social-chauvinist Labour Party, which is mostly made up of trade unions.” 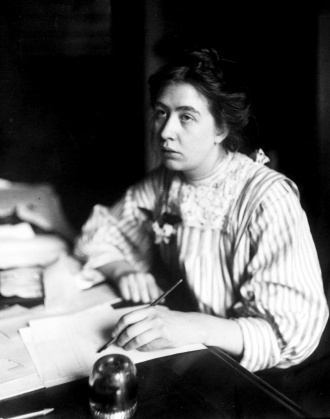 It comments on the positions of Sylvia Pankhurst, who — reflecting the anger of many British communists at the role of Parliament and the Labour leadership in pursuing the disastrous war — argued against participation in parliamentary elections, and on Willie Gallacher, who subsequently became a Communist MP (Britain’s last).

Lenin argues that British communists should unite into a single Communist Party, that they should participate in elections as part of the process of replacing Parliament with truly democratic system of soviets, that Pankhurst’s insistence that “the Communist Party must keep its doctrine pure” was mistaken, and that while he could not deal with the question of affiliation or non-affiliation to the Labour Party, a new Communist Party should work closely with the Labour Party while retaining “complete freedom of agitation, propaganda and political activity.”

So, what is “Leninism” today? Lenin’s great contribution was the development of both theory and practice in the very specific circumstances of the period either side of the Russian Revolution.

As Jonathan White argues in an online lecture for the Marx Memorial Library and Workers’ School, we can learn an immense amount from the study of that period.

For those who claim the term, Leninism is practical revolutionary action based on a strong theoretical understanding in the context of specific existing circumstances — an antidote to those for whom Marxism is something purely theoretical.

But in this it is also, arguably, an unnecessary “ism.” Both Marx and Engels always argued for the unity of theory and practice.

Changing the world at the same time as interpreting it are inseparable goals. And their recognition of the need for a “vanguard” party (the subject of another answer in this series) is explicit in Marxist theory and practice.

In their Communist Manifesto, communists, organised into a revolutionary party, represent “the most advanced and resolute section of the working class parties of every country; that section which pushes forward all others” to establish a society “for the many” as a key stage in the transition to a classless society.

This week is the 100th anniversary of the foundation of the British Communist Party. It is being marked every evening this week, by Pandemonium, a programme of online lectures and on Saturday August 1 by Red Wedge — a centenary online gala. For more details visit www.communistparty.org.uk.

Next week, on Thursday August 6 at 7pm, the Marx Memorial Library is hosting an online launch of Dr Bob Henderson’s new book, The Spark that Lit the Revolution: Lenin in London & the Politics that Changed the World. Register at www.marx-memorial-library.org.uk/event/274.

Two lectures by Dr Jonathan White; on the historical significance of Lenin’s State and Revolution and on Lenin and the challenges facing the working-class movement in Britain today can be found on the Library’s website on www.marx-memorial-library.org.uk/past-events.