Speaking to Alexander Norton, WAHSAYAH WHITEBIRD talks about the opportunities and challenges in being the only explicitly Communist elected official in the English-speaking world

WAHSAYAH WHITEBIRD’s intro on his facebook profile reads “Yes, I am the local Communist. If you want to add me, cool. Just don’t expect me to be a Liberal.”

Then rather surprisingly this is followed by “City Council Member at Ashland, Wisconsin.”

In May Whitebird was elected in the rural community where he works in the town deli, openly a member of none other than the Communist Party USA, now in its hundredth year.

But first he wants to clear up another matter — his unique name.

“It originates from the Ojibwe language and I’m from the Bad River Tribe of Chippewa Indians” he laughs, “so that’s how a white passing guy comes about with such an otherwise peculiar name.”

Beating the incumbent 52-42, the Native American Marxist now represents a ward of some 900 in a town of 8,000, with powers to “vote on local ordinances and spending on behalf of the city, in conjunction with the rest of council.”

In doing so, in 2019, this means he has become the only openly Communist elected official in the English-speaking world.

He’s happy with the attention it has gained for the left, especially in fighting the demonisation of the Party half a century after the end of McCarthyism. By just overtly being a CPUSA member and holding public office, he says, he is changing the hysterical, Fox News caricature.

“Even in some limited form, our activity in the local and broader levels of government also are a reflection of what we as Communists say and do, as opposed to having right-wing talk show pundits telling the public what Communists are.” 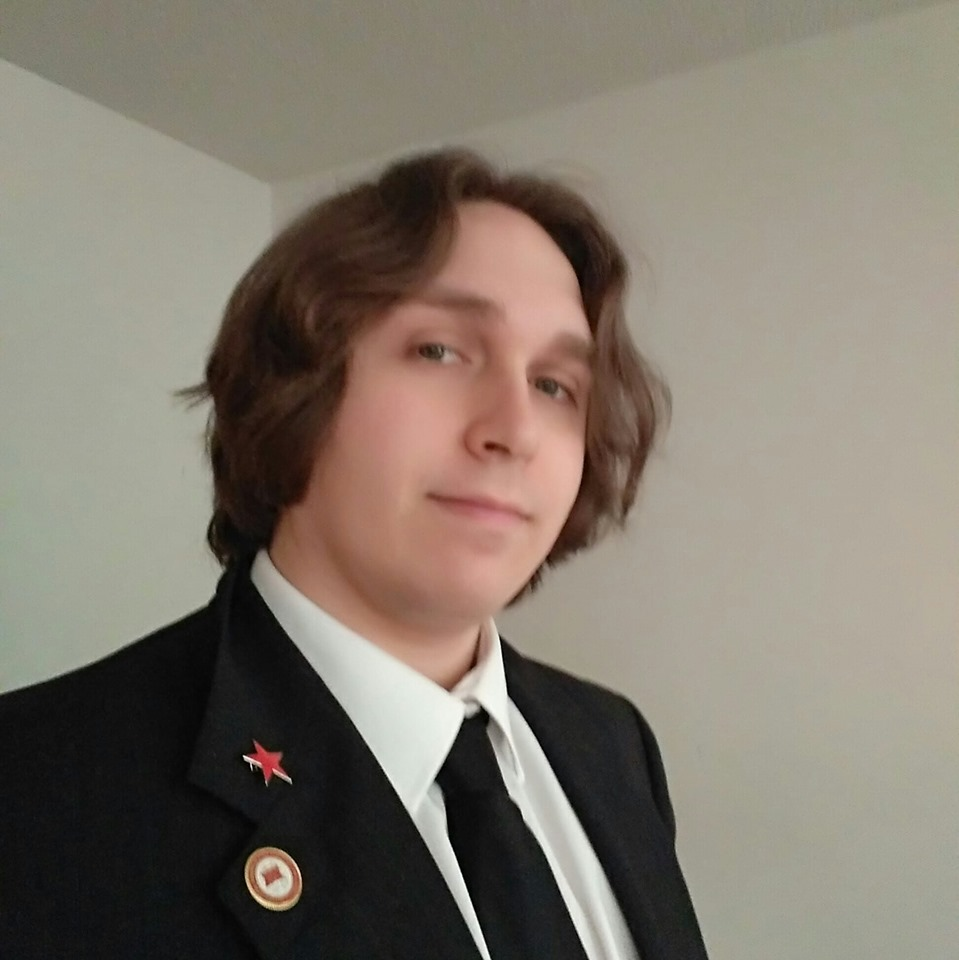 It gives him a chance to speak to the public in a way the mainstream media would never allow. It is also a victory in making Marxism part of everyday life, rather than an abstract idea.

“It’s sometimes difficult to see how a new system can emerge out of the present when we have been absorbed by the greater hegemonic ideology of capitalism that has been prevalent in the world.”

But, he is quick to add, he shouldn’t be the only one out there.

“I’m really happy that someone is doing this stuff, that I’m getting attention for my election from comrades — across the world no less. But in speaking the truth, I wish this were more commonplace, so that such a minor victory in a small town wouldn’t be getting such attention.

“All of us Communists should be engaging local government and putting forward the best campaigns to do something. It’s a great way to develop an understanding of the internal workings of local and broader levels of government so we develop methods that will benefit and be popular among the masses for incremental levels of change.”

Still he is no social democrat, even in an era when “democratic socialism,” via Bernie Sanders, Alexandra Ocasio Cortez, and the 57,000-strong Democratic Socialists of America have popularised the idea of a Scandinavian-style, higher taxes and better public services vision for the US.

“I don’t think we’ll ever get a Communist revolution by the ballot, there are far too many laws in place that safeguard the capitalist hierarchy. But one shouldn’t shy from taking public office anyway, it serves to help provide a better critique of the existing institutions which govern us.”

He joined the CPUSA simply to find out more about Marxism, an education beyond what was available online — one he says he skilfully received from the Young Communist League — and he’s been with the party ever since. Although loyal, he has reservations about the party’s recent history of supporting the Democrats at election time, some would say, rather uncritically — instead of supporting or running truly left-wing candidates.

“If you run as a socialist, let alone a communist, I mean you have folks who are gonna have their biases… But if you avoid the name calling and focus on the issues that people want to hear, and be honest and cordial with most rational folk, it’s a good way to reach out to folks and talk to the public about things they rarely hear about. Don’t let the redbaiting get to you, take it in your stride.”

It’s important to be open, he stresses.

“Of course there’ll some be folks who say ‘You can’t be a Communist, everyone hates Communists! But I like your platform but you shouldn’t say you’re a Communist, it’ll taint everything you’ll achieve for the rest of us.’ To them I say they are free to not align with me if they feel my existence is bothersome to the capitalist ideology, but I make it an explicit point to not be a capitalist — of any description.”

Whilst Sanders the socialist did well in the 2016 Democratic primaries, it was the hard-right racist Donald Trump who would win the presidential election. The US is now markedly polarised.

It’s over a decade since the 2008 financial crash with no meaningful recovery in sight — the current generation of the working and professional classes are facing up to the fact they are far worse off than their parents. Whilst the increasingly mixed-race, younger population of the major cities are becoming progressively disillusioned with capitalism, in the countryside anger is often directed sideways, rather than up towards the elite.

Residual racist sentiment and colonial nostalgia has hardened round the idea that “whites built this country and should take it back” — that poverty amongst whites is principally due to illegal (and legal) immigration, taxes “wasted” on socially irresponsible and criminal ethnic minorities — as well as a justified sense of betrayal that jobs have gone overseas where production is cheaper.

Now that Trump has failed to deliver on that last issue — “American jobs” have not returned to the US — all that’s left for him and his followers is the bigotry.

This could lead to a dangerous period where frustrated members of the far right resort to terrorism to initiate their race war. There have been 100 domestic terrorism-related arrests this year in the US, a figure already higher than that of the entirety of 2018 — a majority of which were motivated by some version of white supremacism.

The US is now living in an age of extremes: is that why it is necessary for the left to come out into the open now too?

“Fascism is on the rise in the West, and the lot of them are emboldened, stirred up within, by the most reactionary elements of the political arena taking power,” agrees Whitebird.

“I am moving forward into the political arena for much the same reason as other more exotic parties have been across the political spectrum: the failure of neoliberal capitalism to save the environment, to meet people’s personal needs, healthcare, housing, etc.

“We as the far left, or as some American pundits have called it, the ‘alt-left’, should not let the fascists be the only ones to contest these positions. Reactionaries may well get elected if the public is not given alternative candidates that have the motivation to take office.”

But what of his own safety? The far right called Obama a communist and plotted to kill him, but Whitebird actually is one — and Native American to boot. By taking public office has he not made himself a huge target for the new-school nazis and old-time lynch mobs?

“Given this is a rural area, there is the possibility for it. There are some white supremacist groups up in the Superior/Duluth area just 60 miles away from my town of Ashland. I couldn’t say I’m capable of rating the likelihood of outright racist attacks in the town, it hasn’t been my concern as of late, but if there are attacks… well, I’ll die someday. But I’d rather be living my life doing what I want.”

The Starmer era: a study in failure