THE FIRST petition to Parliament asking for votes for women was presented to the House of Commons on behalf of a Mary Smith from Leeds in August 1832. 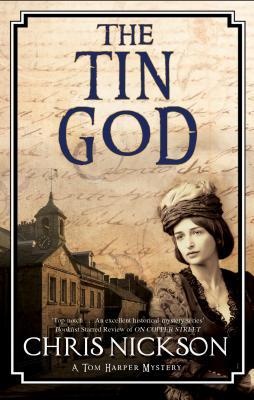 That fact gives a pertinent context to this novel, in which Annabelle Harper is one of seven women seeking election as a Poor Law Guardian in 1897, a position that then decided how much relief someone should get or whether they had to go to the workhouse.

It's a fascinating insight into a forgotten history and the book is dedicated to “all the women who keep persisting after warnings, explanation and violence.” Misogyny still resonates today and the “tin god” in this story is a man hell-bent on stopping all seven women from standing for office.

The local newspaper editorial opines that, “while ladies fulfil many invaluable roles in our society, their place is not in the hurly-burly that is politics in our city” and anonymous letter threats escalate into violence when a bomb rips through a church hall where Harper is about to speak, with deadly consequences.

That, and a subsequent attack on their daughter, makes this a deeply personal case for her husband Superintendent Tom Harper. The culprit leaves a scrap of paper at each crime scene containing a fragment from an old tune and Nickson, also a music journalist, introduces us to Frank Kidson, a famous authority on British printed music and a leading folk song historian.

It is another thread which adds a unique twist to what is a classic police procedural. A parallel investigation gets under way in the east coast town of Whitby where Tom Harper's old colleague, Afghan war veteran Inspector Billy Reed, gets embroiled in the world of smuggling and the author tellingly reminds us that Britain had by then already fought two wars in Afghanistan.

The writing, perfectly paced, paints pictures of a polluted industrial Leeds and authentic, likeable characters while authentic contemporary speech and northern colloquialisms fully reflect life at the turn of the last century.

This is the sixth in the Tom Harper series and, while it stands alone well, I'll definitely be going back in time for more.

Nadal eases into second round of Australian Open

Moyes hits out at busy schedule after defeat to Leeds

Starmer slammed for saying he's not in favour of nationalising energy