WELSH National Opera’s version of Gioachino Rossini’s opera La Cenerentola, based on the tale of Cinderella, is a gloriously bonkers production. 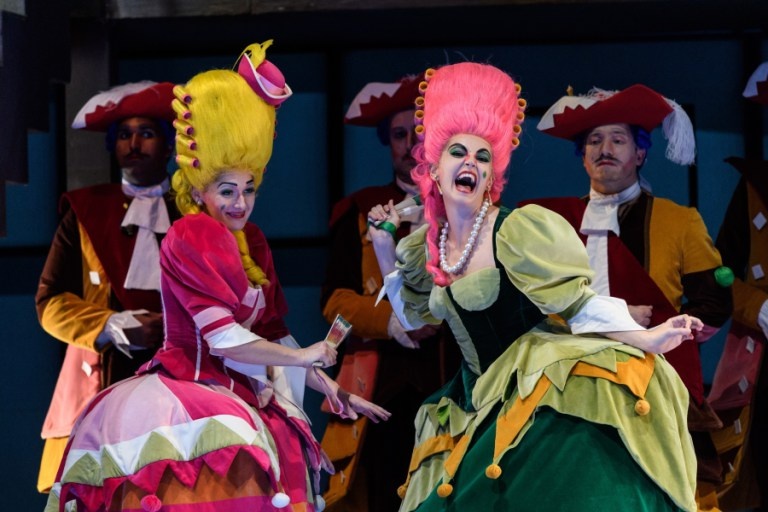 Director Joan Font has gone for lots of laughs with her take on the rags-to-riches tale and the production is way over the top in its use of costumes, make-up and humour, with the antics of the onstage mice and the king’s servants drawing the laughs.

Tara Erraught in the central role of Angelina — Cinderella — sings and acts her role beautifully, while Heather Lowe and Aoife Miskelly as the ugly sisters Clorinda and Tisbe are never less than funny, especially when they clash over which one thinks they are going to bag the king, Don Ramiro. He is actually being impersonated by his servant Dandini, sung here by Giorgio Caodura.

Meanwhile, Matteo Macchioni as Don Ramiro is pretending to be his own manservant so that he can better find a bride. He falls in love with Angelina at first sight, obviously.

Fabio Capitanucci is as over-the-top as you are likely to see on the stage as Cinderella’s stepfather Don Magnifico but is never less than wonderful in his antics.

When Dandini appoints Magnifico as his wine steward the madcap scene that follows as he and the king’s servants stagger around the stage uproariously drunk but in co-ordinated mayhem is glorious.

A must-see — Rossini’s music is beautifully performed and the singing by the company is as wonderful as ever.

Runs at the Millennium Centre and tours until November 22, box office: wno.org.uk