The Miami Showband Massacre: A Survivor’s Search for the Truth
by Stephen Travers and Neil Fetherstonhaugh
(Frontline Noir, £9.99)

ON July 31 1975 the popular group The Miami Showband were travelling back home across the border into the North of Ireland. They were stopped by a fake army patrol made up of Ulster Defence Regiment soldiers and members of the loyalist paramilitary Ulster Volunteer Force at a fake checkpoint outside Newry. 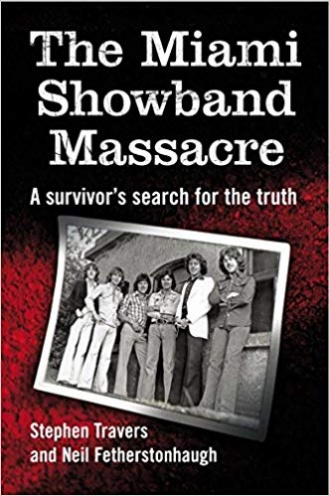 As the men were lined up outside the bus, the “soldiers” tried to hide a bomb on it. It exploded prematurely, killing the bombers. The rest of the gang then opened fire on the band, killing Fran O’Toole, Tony Geraghty and Brian McCoy. Band members Des McAlea and Stephen Travers were the only survivors.

In this new book Travers, alongside journalist Neil Fetherstonhaugh, reveals the truth about that night — that “British soldiers were sent out to murder innocent people.” The truth that “collusion took place between the security forces and terrorists” and that “Britain colluded in murder and is therefore guilty of murder. She must answer the charges.”

The book is Travers’s story and it's one of a young working-class man from the small town of Carrick-on-Suir who went on to to become a member of one of the most popular bands in Ireland. Like many people in the south of country in the 1970s he was unaware of the so-called Troubles — his life was his music, his wife and his family.

Made up of Catholics and Protestants, the band entertained audiences right across Ireland. It made no difference to them or their fans what their religion was, but religion was the deciding factor that led to the events of that night in July 1975.

Today, the truth about those murders is being played out in the courts as Travers and the other band members are suing both the Ministry of Defence and the Police Service of Northern Ireland over alleged collaboration between serving soldiers and paramilitary killers.

Travers has come a long way from the carefree musician of the 1970s. In the epilogue he reflects on past events.

“Every day, the British government accuses Syria or Iran or some other far-flung place of aiding terrorists. They should examine their own consciences,” he writes.

“They sent their trained soldiers out to murder a pop group on their way home from a concert. We cannot be complacent and believe it could never happen again.”