Book Review Telling traces of an inspirational man of the left

Definable Traces in the Atmosphere
by Mike Marqusee
(O/R Books, £13)

MIKE MARQUSEE was a lovely, committed man who wrote skilfully about an incredible range of often unexplored and neglected subjects. 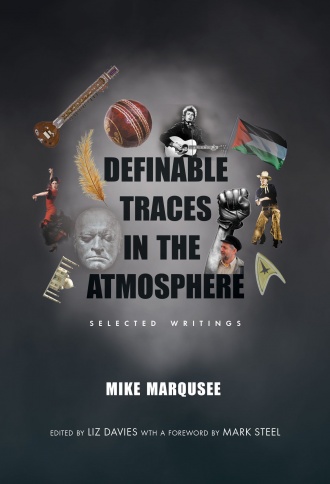 In her introduction to this timely collection of progressive journalism, Liz Davies notes that in common with many other of the best writers he was a complete perfectionist when it came to putting pen to paper and would often agonise about the smallest of issues within an essay.

His love of life, people, travel and culture helped him blend together personal interests with wider political analyses. While many on the left tend to ignore, if not mock, those with an interest in sporting cultures, Marqusee was simply fascinated by them, so much so that many have often come to his writing through pieces on football, boxing and, most of all, cricket — and him from the US, the sheer impertinence of it all.

Essays about Thoreau, Paine, Blake and Shelley see him insistent on the need for imaginative and unreservedly utopian thinking, while engagement with Palestinian groups and the Stop the War coalition enabled him to reflect in depth upon his identity as a militantly anti-zionist Jew and the political positions that were to flow from this.

There are a fair few articles about lifelong interests in music, art and film, reviews of fellow American Steve Earle’s latest CD and the nature of flamenco sitting side by side with notes on Renaissance painting and the films of John Ford.

Diagnosed with cancer, Mike dedicated his last book to those who had created the NHS and to staff who work within it, supplementing this with a characteristic attack upon skewed priorities, the pernicious role of the pharmaceutical industry and the inadequacies of healthcare in his native country. When I reviewed it in the Morning Star shortly before he died, he still found time to write me a note of thanks.

Having left the Labour Party on the basis of it having become irretrievably dominated by the Blairites, it is criminal that he never saw the rise to power of his friend Jeremy Corbyn. And it is a loss to us all that his pen isn’t there in the struggles that lie ahead.