This is Not a Safe Place
Camden People’s Theatre,  London

LIVERPUDLIAN poet and performer Jackie Hagan tries to put her audience at ease. It’s the opening night of the Common People festival showcasing working-class theatre makers and discussions on class and the arts sector. 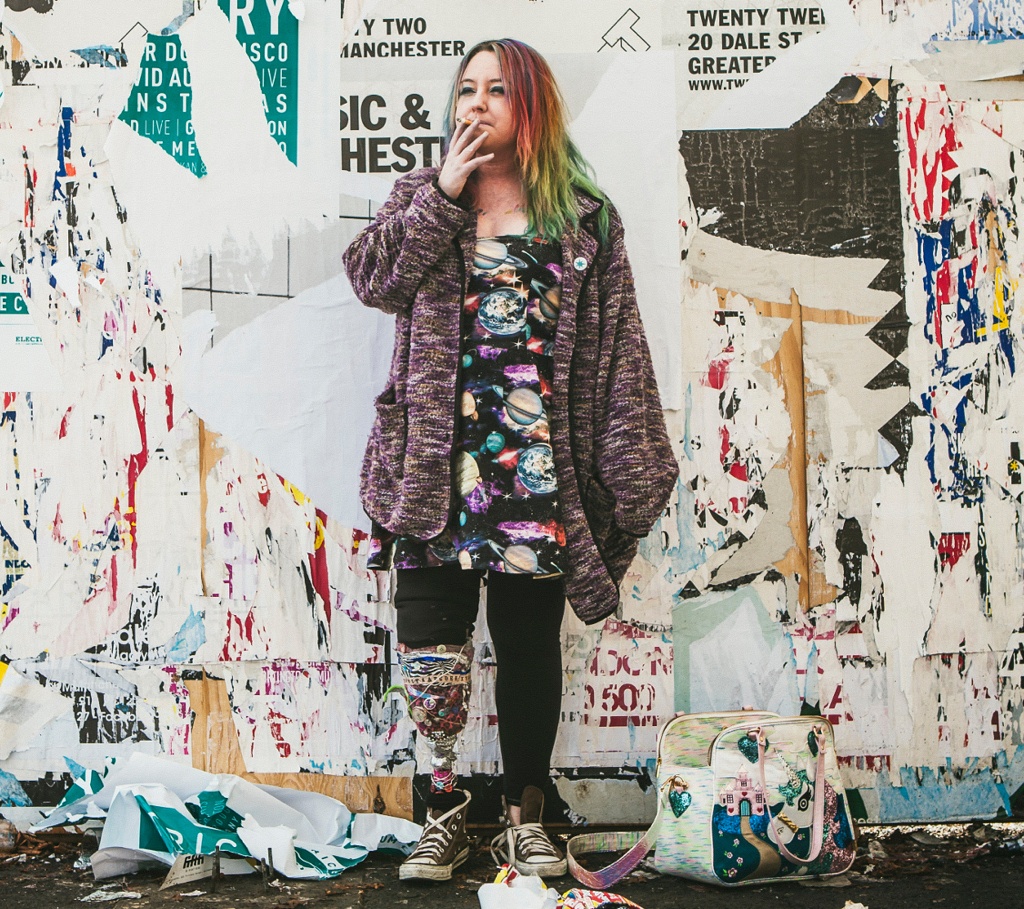 Hagan is funny and sensitive and her one-woman show This is Not a Safe Place is both moving and poignant, if that’s not too middle class a word. She interviewed 80 people at the hard end of Britain’s austerity economy and their words are heard in between her own anecdotes, thoughts and poetry. Her props are three tall open-shelf units of bric a brac that when turned round become high-rise council blocks.

Hagan is a Jerwood Foundation poetry fellow who wears her identity as a working-class, queer amputee lightly and her performance is a quietly angry response to TV shows and a mainstream media that often portrays people with disabilities as worthless scroungers.

“I’m sick of programmes like Benefit Street, I’m sick of the media in general,” she says. “Either we’re superhuman athletes who can fly or we’re the Undatables, freaks.”

She talks about her childhood on a Liverpool estate and what aspiration means to people who’ve “never watched TED talks or eaten broccoli” and see nothing good in their future. She spent time in psychiatric hospitals and has little good to say about doctors or the government’s brutal approach to the disabled.

Personal Independence Payments – “that fucking form” — exemplifies the kind of humiliation and fear the system inflicts on people. She hands out her own version of the PIP, the exact opposite of the real one, which offers safety, respect, accessible words and imagination.

Hagan went to university and has had four poetry books published and, she says, ever since she used the word “integral” at home it’s become her family nickname. The world of publishing is one she struggles to fit into she reveals in a hilarious scene about networking in middle-class groups where behaving well means “not getting a cob on” (getting annoyed or in a sulk in Scouse).

Her show is a fitting opener to the Common People theatre festival, which runs over two weeks and aims to upturn the “class-shaped hole” in British arts. And it’s a very big hole. A new report, Panic! Social Class, Taste and Inequalities in the Creative Industries by Create London, has exposed the massive under-representation of working-class people in the arts sector.

It found that the percentage of people working in publishing with working-class origins was 12.6 per cent. In film, TV and radio it was 12.4 and in music, performing and visual art — traditionally sectors where working-class people had made more inroads — it was only 18.2 per cent.

The festival's hosted by Camden People's Theatre, which is funded by the Arts Council and supported by Camden Council. Its artistic director Brian Logan says the theatre has a remit to do socially relevant work that represents the people of the borough. “We want our audience as well as our performers to look like Camden. This is the first time we’ve done a festival specifically about working-class identity and experience.”

The reason is that class is the missing link in moves to increase diversity in the arts. "There is one category here that is very easily overlooked in the whole diversity conversation and that is people who don’t have cultural capital, don’t have the money and the education to get a foot in the door.

“We tend to find that, if artists are more representative, then the audience tends to reflect that as well.”

This Is Not a Safe Place runs until April 21 and Common People festival until April 28, box office: cptheatre.co.uk

‘A defining moment’ - Nurses to vote on strike action over pay

Fire services desperately understaffed as Britain braces for another heatwave

The ‘war on woke’ must not be normalised

Ryan Giggs had uglier and more sinister side, court told