FROSTY’S RAMBLINGS Lest we forget

PETER FROST explains the history of that bright, evocative flower, the poppy

YESTERDAY was the 11th day of the 11th month. This is Armistice Day, the day we remember the end of the first world war just over a century ago.

Over that century the simple poppy came to mean all kinds of things to all kinds of people — and not always for the best.

Poppies became a big part of the events commemorating the end of “the war to end all wars” — but sadly that war didn’t end wars at all.

Rudyard Kipling summed it up in a couple of lines: “If any question why we died / Tell them, because our fathers lied.”

November 11 is a day that many people choose to wear a poppy, and also a day some others choose not to wear a poppy. They see the simple bright red flower as a glorification of war.

Yet others choose to wear a white “peace poppy” to show their belief in pacifism. Some — and I’m one of them — wear two poppies, the red and the white.

My wife Ann always wears a red poppy. She wears it in proud memory of her dad Fred who always wore his red poppy in memory of his own father, another Fred, Ann’s grandfather.

Grandfather Fred died in France in 1916. He had been in France just days and his body was never found. He left a widow and four children including young Fred, Ann’s dad, then aged just six.

Fred’s mother received a letter from the king reporting her husband’s death. Later when Fred’s two brothers died in the post-war flu epidemic she received another official missive, this time telling her she was no longer entitled to her full widow’s benefit as two of her children had died.

Ann’s dad Fred’s red poppy was the only memorial to his father he ever had. Each November, Ann’s dad would take her to the grave of the unknown soldier in Westminster and they would place their poppy and small wooden cross in what has now become the Field of Remembrance. It is a tradition Ann and I still keep up in her father and grandfather’s memories.

Some of our supposedly right-on friends have a pop at us and our red poppies. Not knowing our reasons, they make a knee-jerk reaction declaring we have simply been duped by jingoism to become a warmongers of the worst order.

So what is this poppy that all the fuss is about? It is the common red corn poppy (Papaver rhoeas), also known as the corn rose, field poppy, Flanders poppy, red poppy, red weed or coquelicot.

We don’t really know where it originated, north Africa probably, or perhaps ancient Persia. We do know how it travelled. It hitched a lift in the clay jars of seed corn that ancient traders trafficked all over the known world. 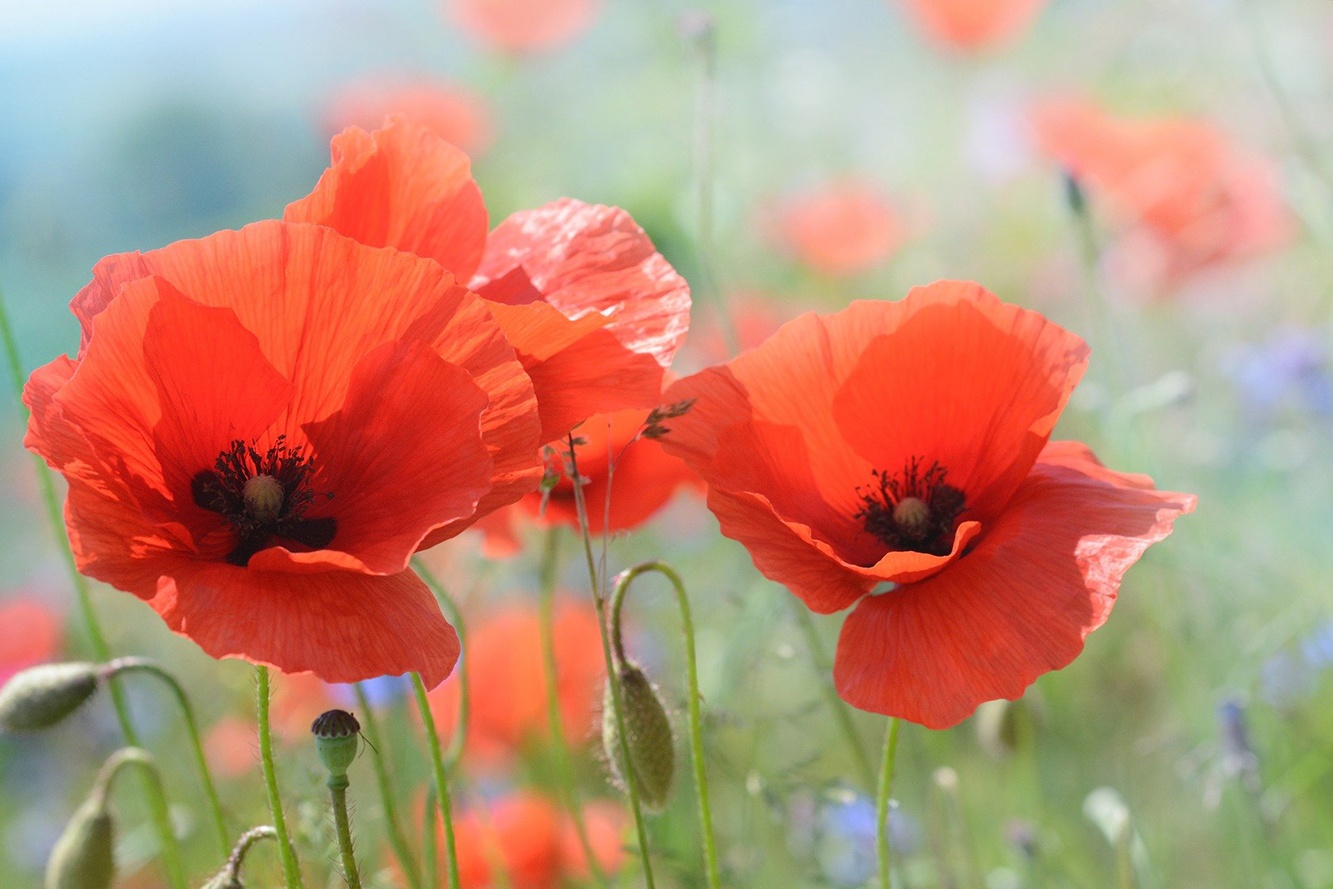 Ancient farmers in Britain, Flanders and just about everywhere else would buy a bushel or so of seed from a passing Phoenician. Mixed in with the golden grain would be tiny hard black seeds — these would be the bonus that would produce a bunch of colourful scarlet weeds.

These early farmers soon discovered that the poppy seed had plenty of uses in bread and cakes and boiled up in a stimulating tea. It even possessed magical curative powers. Even today most of our best painkillers — the opiates — come from poppies.

The poppy evolved its tiny rock-hard seed to last a long time before it landed up somewhere it could grow. Poppy seeds, perhaps hundreds of years old, found in funereal jars in ancient tombs have been successfully germinated.

That is the explanation of the huge flowering of poppies in Flanders.

As shells, mines, bombs and trench-digging disturbed the soil, poppy seeds that had lain dormant so long burst into scarlet flower.

Up to 10 million soldiers were killed in World War I. Estimates of civilian deaths top 1.4 million. As the surviving men returned home, many of them with shell-shock, or what we now call post-traumatic stress disorder, they had stories to tell.

Those who had seen such horrors in Belgium and northern France also would tell another, brighter, story of the extraordinary beauty, persistence and profusion of the fragile but defiant blood red corn poppy. 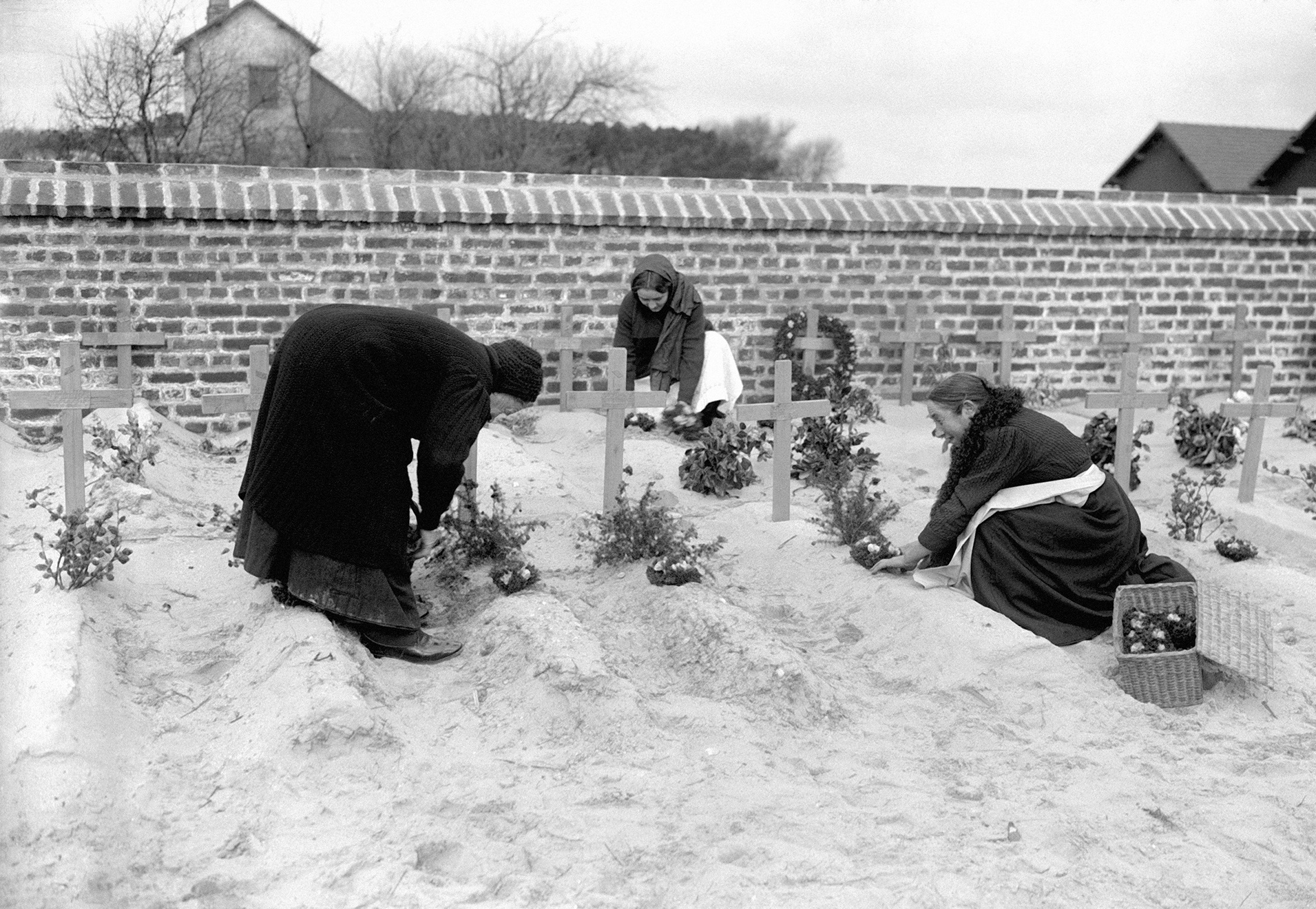 It was returning North American soldiers who first adopted the red poppy as an emblem. Canadian doctor John McCrae captured the beauty and symbolism a poem: “In Flanders fields the poppies blow./ Between the crosses, row on row.”

British soldiers too came back from the grimness of war to find that life wasn’t “fit for heroes” as they had been promised. Just like today, returning heroes found the government offhand and tardy in dealing with their problems.

Some organised themselves into ex-servicemen’s societies of various political opinions and of varying degrees of militancy. In 1921 many of these organisations united to form the British Legion.

Its purpose was to provide support and to fight for the rights of ex-servicemen, especially the disabled, and their families. In fact what actually happened was it became one of the richest British charities ever. 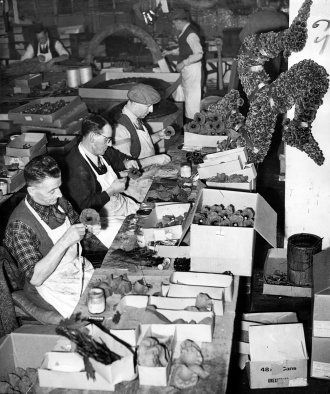 Soon it set up its own poppy factory, with disabled ex-servicemen making the poppies and a retired officer class running the organisation.

Today they produce and sell well over 50 million poppies as well as countless wreaths, small wooden remembrance memorials in the shape of a cross, Muslim crescent, star of David, Sikh khanda or Hindu om.

Not everyone is happy to wear the red poppy. Some see them as glorifying war and militaristic thinking. In many people’s eyes they have become a badge of jingoism and a justification of recent wars.

The idea of detaching the poppy from a militaristic culture dates back as far as 1926. The No More War Movement suggested that the British Legion should be asked to imprint “No More War” in the centre of the red poppies instead of “Haig Fund.”

Douglas Haig was the British general who had ordered so many of his troops to their deaths at the 1916 battle of the Somme — one of the worst bloodbaths in British military history.

No wonder he earned the epithet “Butcher Haig” and his army was described as “lions led by donkeys.”

When it came to lions led by donkeys, Haig was certainly our biggest donkey — two million brave lions died under his orders. Still the Legion chose to keep Haig’s name on its poppies until 1994.

So in 1933 the first white poppies appeared, worn mainly by members of the Co-operative Women’s Guild. Just a year later the Peace Pledge Union was formed and it began widespread distribution of white peace poppies.

Even today, it takes real courage to wear the white peace poppy, yet numbers increase every year.

Despite much abuse on social media and in person, more than 120,000 people will wear the white poppy.

It is up to you whether you wear a poppy and what colour it will be, but if you do chose to wear a poppy, red or white or both, wear them with pride.

In memory of Grandfather Fred 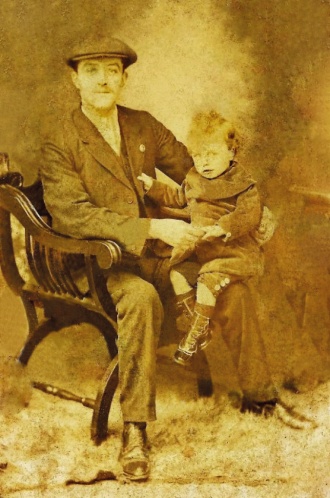 Frosty’s wife Ann always wears a red poppy and so does Frosty. The flower has a strong personal family connection. Ann wears it in proud memory of her dad Fred (pictured on the lap of his dad Fred shortly before Fred senior went to France to die).

Dad Fred always wore his red poppy; it was his only tangible memory of his own father, another Fred, Ann’s grandfather.

Grandfather Fred died in France in 1917. He had been in France just days and his body was never found. He left a widow and four children including young Fred, then aged just six.

Ann’s dad Fred hated war as much as anybody but his red poppy was the only memorial to his dad he ever had. No wonder he wore it with pride and encouraged his young daughter to wear it too.

Poppies, red or white, are about the respect each of us feels for those who paid the greatest price in the futility of war. Sadly young soldiers still lay down their lives on battlefields all over the world while blood red poppies still flutter in the wind.