AT THIS time of year it always seems as if the spiders all come out to play and spin their webs.

The UK is home to over 750 million spiders spanning more than 650 different species. That means there are a dozen spiders for every human being in Britain.

Spiders are not insects — they are arachnids with eight legs, and almost all spider species have fangs from which they can inject venom.

The largest spider found in Britain is the cardinal spider (Tegenaria parietina). Male examples have been recorded with an impressive 12cm (5in) leg span. 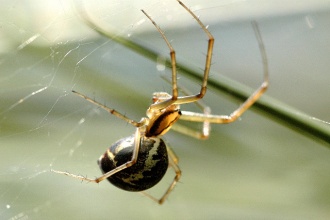 The smallest species are money spiders (family linyphiidae) which have a leg span of little more than 2mm. (1/16 in)

I was sat in my garden one sunny day last week, watching one of my favourite insects, a bumblebee, already heavily overloaded with pollen flying from flower to flower.

I can never see a bumblebee without being reminded of Joyce Grenfell’s wonderful little poem. 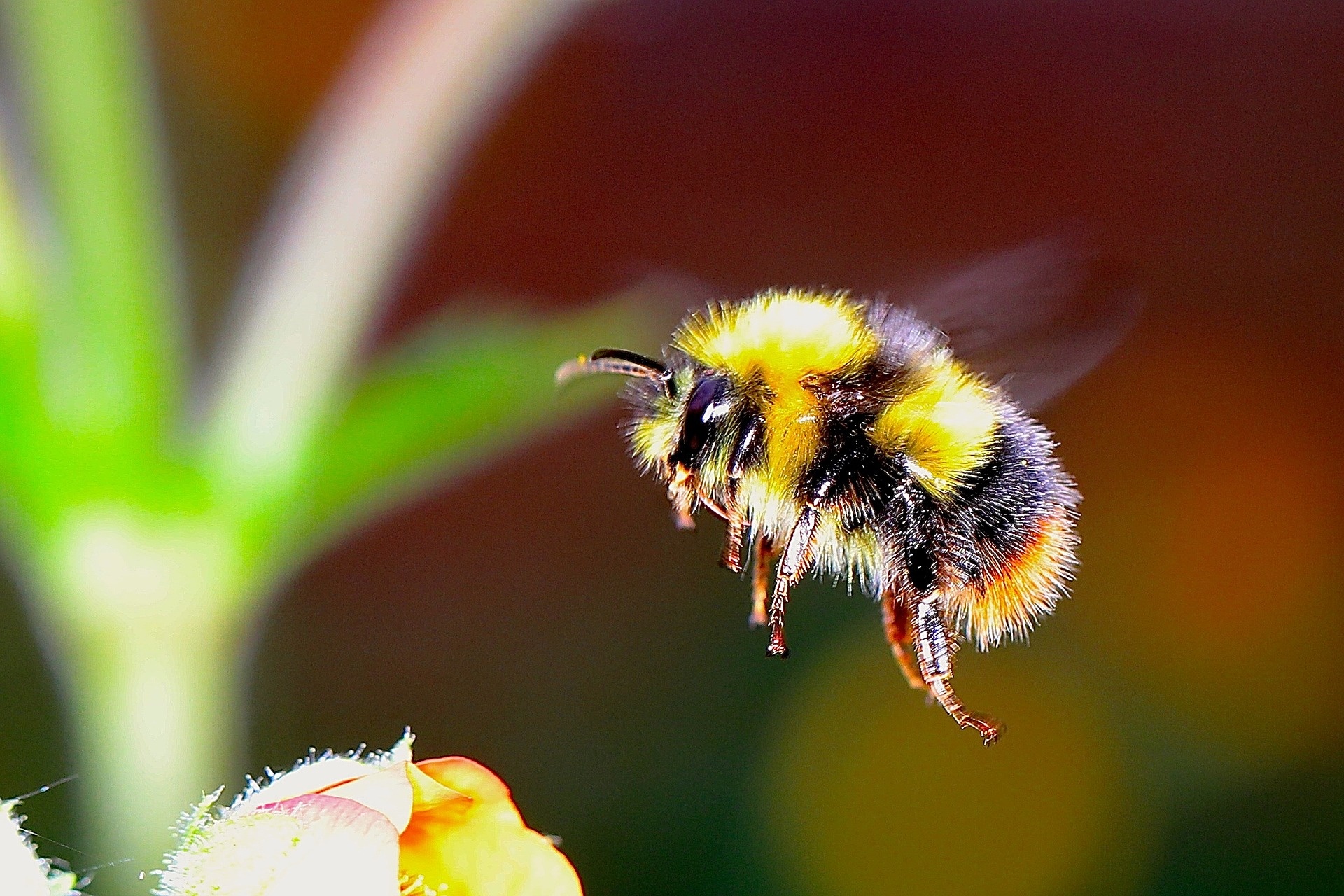 Flight of the bumblebee

These overloaded bumblebees always remind me of the many huge and unwieldy US army Galaxy heavy cargo-carrying planes that fly over my house en route for the many US and RAF bases between here and Banbury. These huge planes deliver all the people and things the bases need to start a war.

They also take people back to the US, sometimes in a hurry. One such was US CIA spy Anne Sacoolas. You may remember she killed Harry Dunn, a 19-year-old British motorcyclist, on August 27 2019.

Sacoolas was driving her car on the wrong side of the road as she exited the US Air Force listening post at RAF Croughton, Northamptonshire, where she did her spying.

Sacoolas admitted that she had been driving the car on the wrong side of the road. Police and CCTV footage confirmed it.

She hopped on one of those giant Galaxy bumblebees and was immediately flown to CIA headquarters in Langley, Virginia, from where she has consistently refused to return to Britain to face trial. Disgusting!

Let’s get back to my garden bumblebee — it was a bright, sunny day but still early enough for the huge, but gossamer-fine, spider’s web to be covered in fine dew, I could see it but it seemed the bumblebee could not.

It crashed into the centre of the web where it fought and struggled to be free but each crude break for freedom seemed to tie the bee ever tighter.

A tiny black spider appeared at the edge of the web, adjusting and strengthening the many guy lines that fixed the huge trap to nearby plants.

Meanwhile the bee became more and more tightly entrapped in a spider’s web that is actually stronger than the equivalent high-tensile steel wire.

The bee ended the day bound as tightly as an Egyptian mummy ready for Mrs and Mr Spider and all the spiderlings to suck the flesh from out of the corpse.

I’ve mentioned spiders in a couple of recent Ramblings columns. Two local schools were closed after being invaded by false widow spiders that can bite as painfully as a wasp sting. 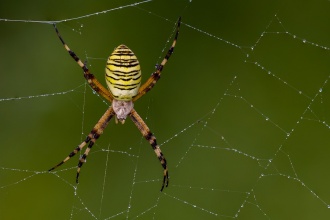 The wasp spider is a recent arrival in Britain

Earlier in the year I reported sightings of the spectacular wasp spider. It is just one of a number of species finding it much easier to survive and breed in our warming weather post-climate catastrophe.

I first got interested in spiders at school in Willesden. Near the school was a large banana warehouse.

There were after-school jobs for us boys stripping the bananas from the hands — massive bunches that had arrived in rough wooden cases in the refrigerated ships that brought them from the West Indies. 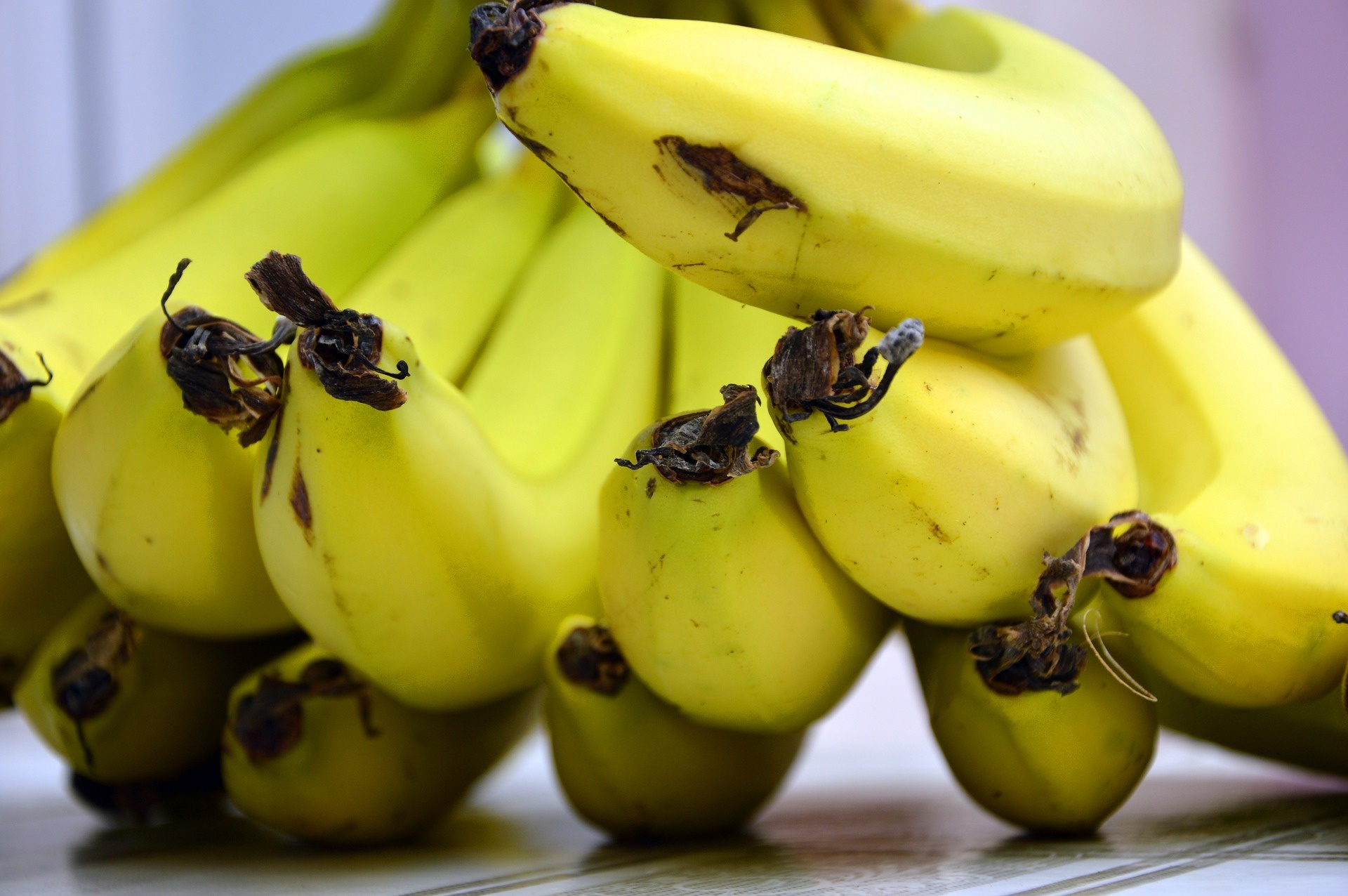 There were always strange beasts to be found hidden among the bananas or in the bottom of the case. Most were spiders and we quickly learned that all spiders have a poisonous bite. Some of the big ones could be very dangerous.

There were more than spiders to be found. Most spectacular were the spider monkeys, tiny for a monkey and always dead — unlike a good few large and hairy bird-eating spiders.

Also in the hands of bananas were all sorts of insects, like large and colourful beetles and an occasional bright corpse of a humming bird or snake.

In the banana season our school nature table was amazing and taught us a lot about West Indian fauna and how some animals could illicitly move from one country to another.

It launched what would become a lifetime of interest in non-native invasive species for me.

Now let’s move to something altogether different but still on that spidery theme.

Last Saturday I watched a mate dressed as Spider-Man and terrified of heights abseil over 400 feet down Northampton’s amazing lift testing tower.

The tower was built in 1980 to test locally built lifts and today is a grade II listed building. At a staggering 418 feet or 127 metres, the National Lift Tower is now the largest dedicated abseil tower in the world. Taller than Big Ben and higher even than St Paul’s Cathedral. 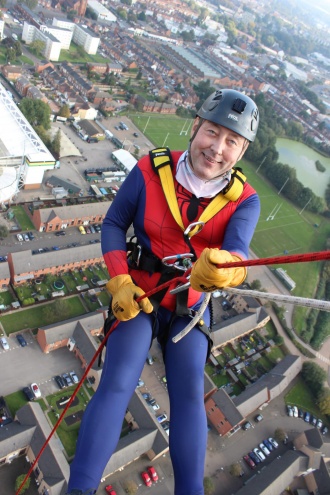 John gets set to abseil down the enormous tower

Northampton’s Spider-Man is John Andrews. John is a Morning Star reader who I have mentioned before in these pages.

He is a full-time trade union official and a good socialist who has helped me with occasional Ramblings. He humbly describes himself as a proud dad, trade unionist and Scouser.

Sadly John was diagnosed with incurable and inoperable stage four bowel cancer in August 2019. He showed both his politics and his Scouse humour by naming his biggest tumour “Boris.”

John and we, his mates, all wore T-shirts and badges demanding “Boris must go.”

John’s wife Keren has been his greatest support but not far behind is his son William. William is, at present, taking the exams needed to get him a place at university reading politics. (“What else? He told me.)

Regular Ramblings readers may remember William, who I wrote about a year or two ago. I told readers that William, like me, was a militant atheist.

In his first year at secondary school, his vigorous arguing skills — got from his dad — won him a place in the school’s debating team.

The team won a place in the regional debating competition final. William was somewhat horrified to discover the random subject he drew in the final was to “prove the existence of God.”

He was disgusted but made the best fist he could of it. His argument proved magnificent and, somewhat to his embarrassment, he and his team won the competition.

After the prize-giving he was approached by one of the judges who congratulated him on “the best argument for the existence of God I have ever heard.”

William was quick to tell the man that he didn’t believe a word of his speech, proclaiming himself a militant atheist.

The man looked a little shocked, but before he walked away William asked who he was and why he was so interested.

“Actually,” said the appreciative judge, “I am the Archbishop of Canterbury.”

Over the last two years Keren and William have helped John through much chemotherapy and radiotherapy. It is their support that has kept John smiling through some really hard times.

John and his mate, local driving instructor Allan Simpson, who abseiled alongside John, have raised nearly £13,000 for the charity Bowel Cancer UK and John is also keen to promote the need for us all to watch out for the early symptoms of bowel and indeed other cancers.

Bowel cancer is the fourth most common cancer in the UK and the second-biggest cancer killer.

John knows his cancer isn’t curable. Today he lives with his cancer and continues as full a life as possible. John Andrews’s life has always been dedicated to supporting progressive and worthwhile causes and actions and those of us who know him are convinced John won’t let cancer change that.